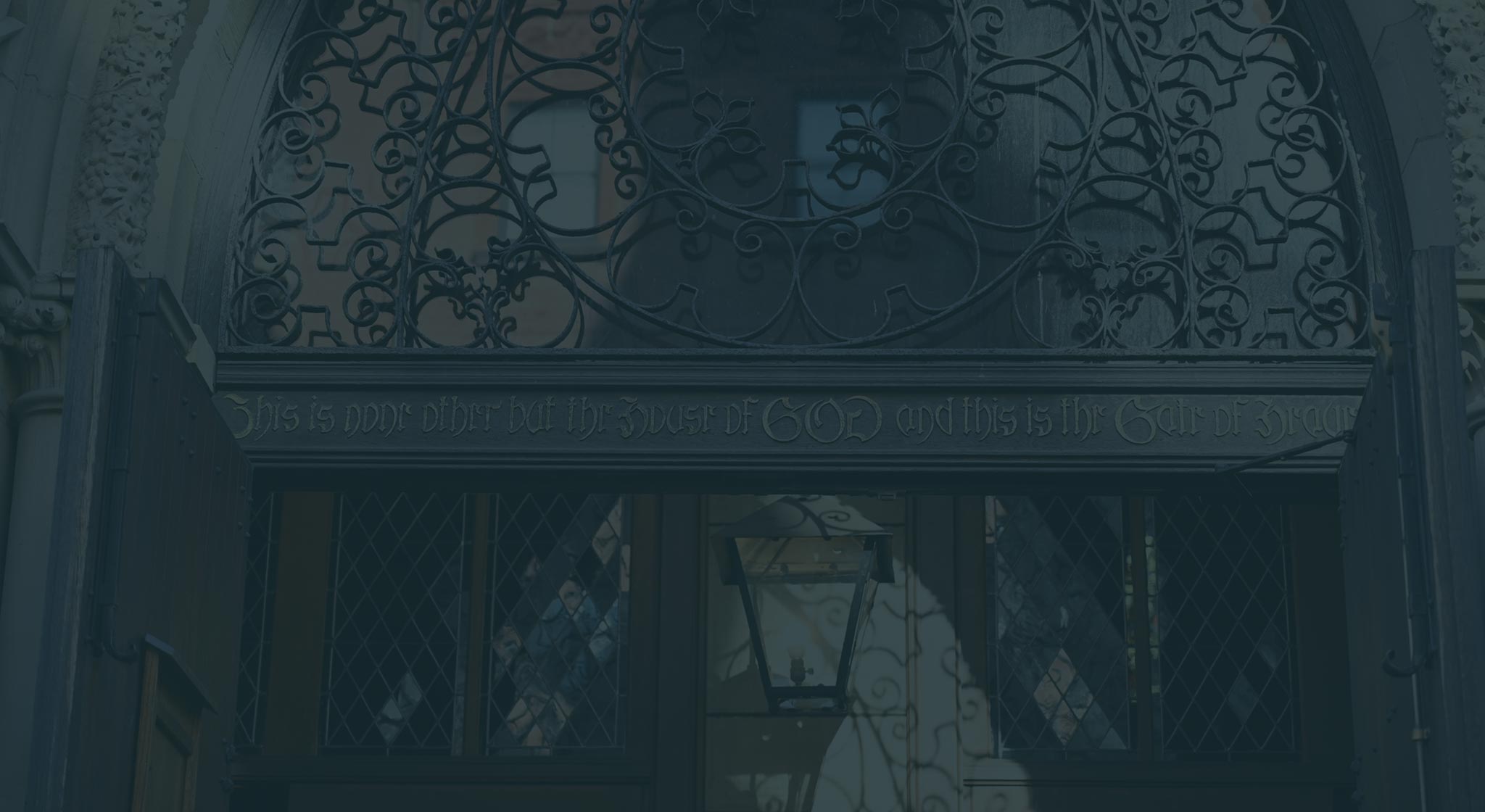 The Advent is a warm and supportive community of disciples.

We are a community bound together by our common worship. We strive to answer our Lord’s calling to love and serve God through service to others.

When a group of Bostonians first gathered to form the Advent in 1844, they created in her charter a clear objective: “to secure to a portion of the City of Boston the ministrations of the Holy Catholic Church, and more especially to secure the same to the poor and needy, in a manner free from unnecessary expense and all ungracious circumstances.” This objective remains central to our identity as a parish today.

The Reverend Douglas Anderson began his ministry at the Church of the Advent in February 2020. He is a native of Ontario and took his undergraduate degree at Trinity College and University of Toronto. Father Anderson and his wife Traci have three daughters and a Lab/hound mix named Nellie. Father Anderson was ordained to the priesthood in 1994, and has spent his entire ministry in Anglo-Catholic parishes.

Fr. Thompson joined the Advent staff in the summer of 2020 and previously served at Church of the Incarnation in Dallas, TX. He attended seminary at Wycliffe College in Toronto, ON and has experience in ministry to the homeless, schools, church planting, and evangelism to the unchurched. Fr. David and his wife Heather are originally from central Oklahoma. They have three school-aged children.

Mark Dwyer came to the Advent from St. Paul’s Parish, K Street, in Washington, DC, in 2007. He was formerly the Music Director at the Cathedral of All Saints in Albany, NY, and before that Associate Organist & Choirmaster here at the Advent. A Worcester native and 1985 graduate of the New England Conservatory, he studied with Yuko Hayashi, William Porter, Frank Taylor, and Charles Krigbaum. Mark has also been a faculty member and choirmaster at the annual Saint Michael’s Conference for Young People for many years. He is featured on several recordings by the Advent Choir and is the performer on a JAV recording of the Advent’s Aeolian-Skinner organ in the series “Great Organ Builders of America: A Retrospective.” Mark and his wife Cheryl have a son, Douglas.

The Church of the Advent was born in 1844 from the inspiration of a group of Bostonians who desired to establish a new parish that would put into practice the ideals of the then-11-year-old Oxford Movement.

This movement was attracting attention, converts, and controversy in England. The Oxford Movement called upon the Church of England to return to its historic roots in the undivided Catholic Church, including a restoration of liturgical practices that had fallen out of use. The Movement’s ideas quickly spread to America, where these Boston gentry resolved to found a church that would espouse and preach them.

The Advent’s founders had one other idea that was even more radical in mid-nineteenth century Boston: They refused to follow the widespread custom of renting pews, whereby those who had the means leased the best seats, often from generation to generation, and where servants and the poor were relegated to places in the back or to galleries. This effectively enforced social distinctions contrary to the essential teachings of Christianity.

The Advent has always strived to witness to “the beauty of holiness and the holiness of beauty,” acquiring a worldwide reputation as a “shrine church” of Anglo-Catholicism in the United States. In 1936 a parishioner, master organ-builder G. Donald Harrison of the Aeolian-Skinner Company, designed and installed a pipe organ that remains a world-renowned masterpiece of the art. Its reputation was such that no less a personage than Albert Schweitzer, on his tour of the United States in 1948-49, made playing it a highlight of his Boston visit.

To this day the Church of the Advent continues to contribute to the life of the wider Church and remains a parish whose name is recognized throughout the world as an icon of Anglo-Catholicism in America.

Use the form below for general inquiries, or scroll to find a specific contact.

Office Hours
Monday through Friday, 9am to 4:30pm

Join Us
Interested in visiting?
Learn What to Expect See Service Schedule